Gerber’s ‘spokesbaby of the year‘ is a child with Down Syndrome. Along with the exposure for a widespread public eye, as Gerber will be using the baby on social media and in advertising, it also puts under the spotlight parents who decided to keep their child rather than perform an abortion.

Anna Maria Tremonti, of CBC Radio’s The Current, recently aired a segment after the Gerber baby announcement concerning attitudes and abortion around babies with Down Syndrome. You can listen to the podcast and read the article over at The Current’s site..

We may still have a long way to go to encouraging mothers and parents that all lives are sacred and providing the support that all care-givers really need for their Down Syndrome babies, but this goes a long way in the public eye.

BAMX.com is a web arcade, a collection of flash and html5 games playable in your browser, and is one of my hobby projects these days. When I initially launched the site I didn’t give much thought to game quality or organization but recently the site has undergone a complete overhaul. Here’s a look a the site and I’ll explain the site below… 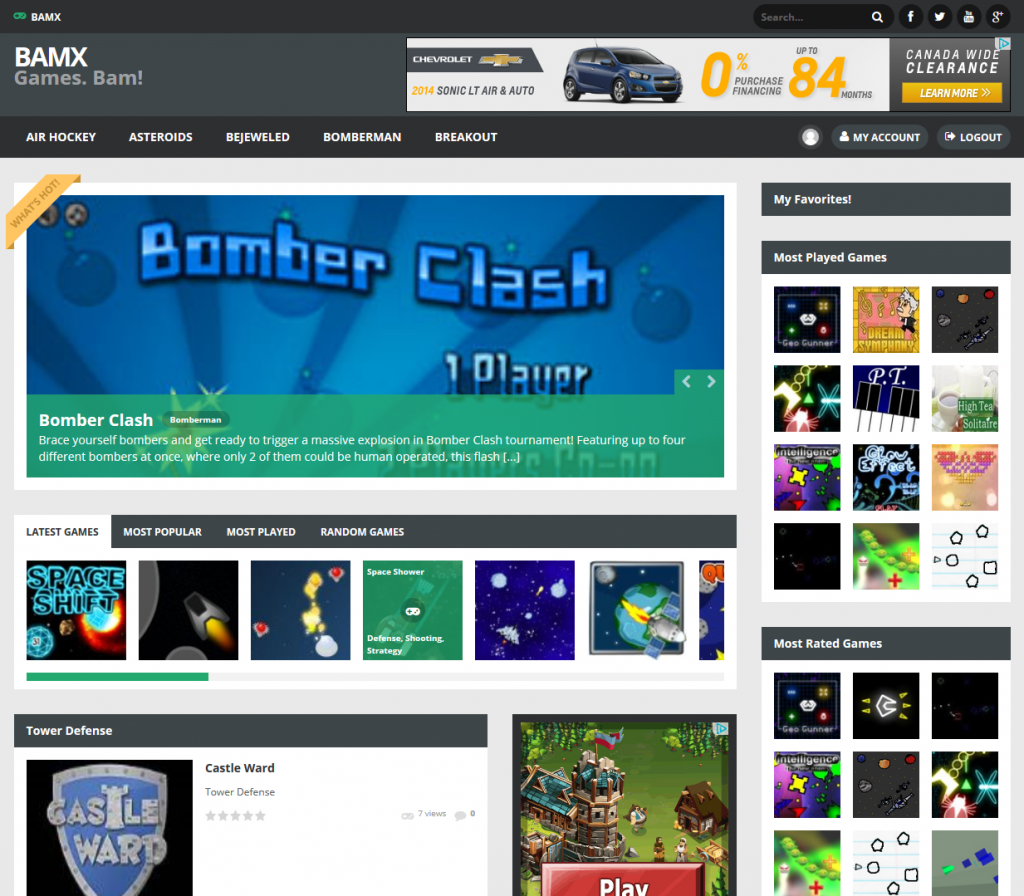 END_OF_DOCUMENT_TOKEN_TO_BE_REPLACED

Take-away: You know all those big big scientific discoveries that seem to shake your faith just a little bit more each time, if you’re being honest? Actually, they usually end up on the cutting room floor. Just wait a bit, and watch some Christian sources like AIG, CMI, or ICR, and you’ll see these claims often be completely retracted or significantly eviscerated. But you won’t usually find the mainstream media covering this because after all we-were-wrongs aren’t all that exciting. Rest assured all science inevitably, eventually, ends up agreeing with the Bible. Here are just a few of the big discoveries that later turned out to be largely hype…

END_OF_DOCUMENT_TOKEN_TO_BE_REPLACED

Heard this while listening to a James MacDonald sermon today, “Big God, Small Me,” on the account of Paul (formerly Saul) watching over the stoning of Stephen,

“You stiff-necked people, with uncircumcised hearts and ears! You are just like your fathers: You always resist the Holy Spirit! Was there ever a prophet your fathers did not persecute? They even killed those who predicted the coming of the Righteous One. And now you have betrayed and murdered him—you who have received the law that was put into effect through angels but have not obeyed it.”

At this they covered their ears and, yelling at the top of their voices, they all rushed at him, dragged him out of the city and began to stone him. Meanwhile, the witnesses laid their clothes at the feet of a young man named Saul.

While they were stoning him, Stephen prayed, “Lord Jesus, receive my spirit.” Then he fell on his knees and cried out, “Lord, do not hold this sin against them.” When he had said this, he fell asleep. Acts 7:51-60

Stand for Jesus and He’ll stand for you.