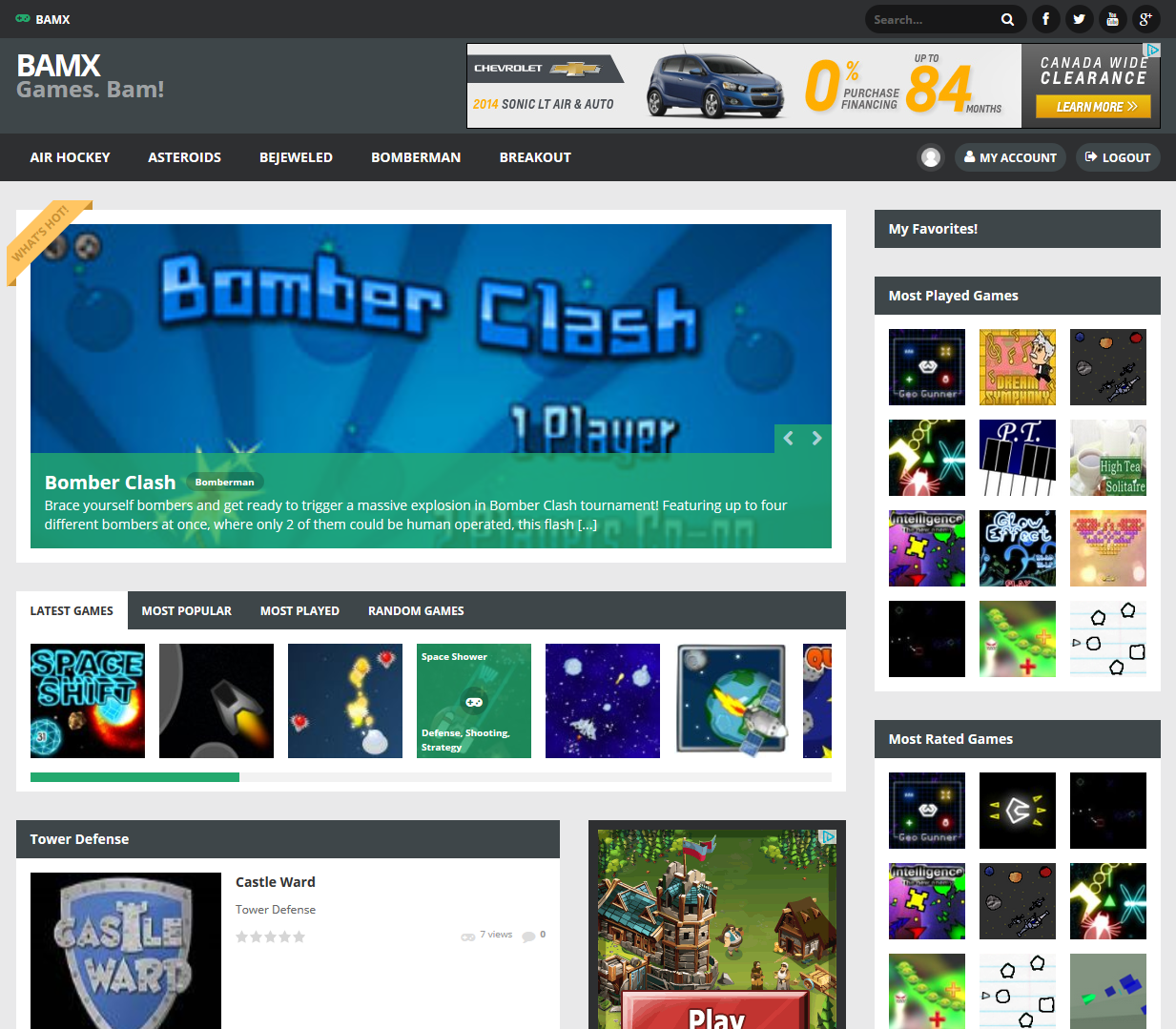 BAMX.com is a web arcade, a collection of flash and html5 games playable in your browser, and is one of my hobby projects these days. When I initially launched the site I didn’t give much thought to game quality or organization but recently the site has undergone a complete overhaul. Here’s a look a the site and I’ll explain the site below…

BAMX.com is built on WordPress and MyArcadePlugin Pro, a plugin to WordPress that provides support for downloading and publishing flash/html5/etc web games from a number of free sources. The plugin costs a chunk of change but it’s not that expensive all things considered. After you’ve paid for the plugin and a theme, if you’re so included (a free one is included), it’s free from then on out except perhaps major upgrades down the line.

Games come from a variety of sources, like 2 Player Games, Arcade Game Feed, Big Fish Games (requires an account), Flash Game Distribution, and more. All these sources amount to, actually, quite a staggering amount of games. The number of games is in the tens of thousands and the hundreds of gigabytes. Don’t worry, though, each game is around a megabyte or maybe a few megabytes. It all has to download fast in a browser, remember, so they can’t be that big.

But why make yet another ‘flash games site’? I feel the same way and it depends on if you think you can do something different. Everybody has the same games, the same sources, etc. but everyone also has the same constraints and they put their priorities on slightly different things. For example, 2 Player Games emphasizes multiplayer, Big Fish Games seems to emphasize high quality casual games, while Flash Game Distribution appears satisfied with providing tonnes of games without a lot of fanfare or quality constraints.

So, while my first foray into the web arcade niche was blunt and tactless, I soon discovered a way of organizing games that I, personally, feel is missing from existing flash games sites.

Hopefully, as each archetype category fills up, the games people play most, and so like the most, will rise to the top and we’ll get the best games in each sub-genre!

Give it a try!

Head on over to BAMX.com today and enjoy some downtime in your own personal favourite genre!