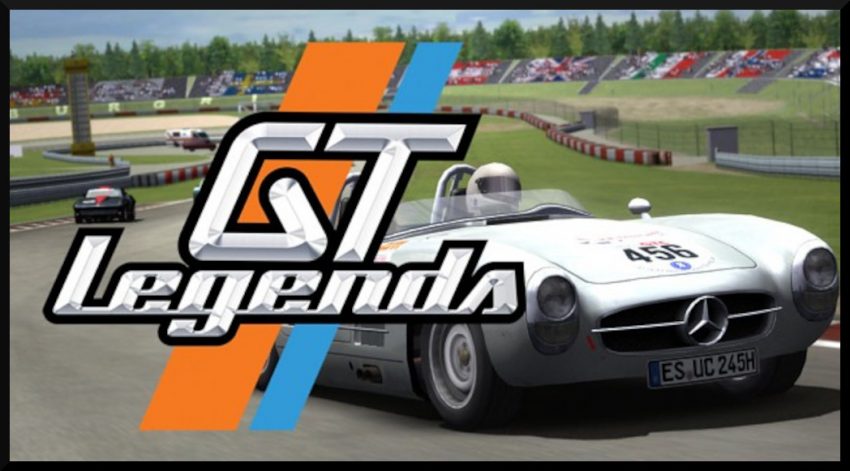 “For God so loved the world that he gave His one and only Son,
that whoever believes in Him shall not perish but have eternal life.”
– John 3:16, Holy Bible. Visit selah.ca/free-gift to learn more.

Secrets is a series of blog posts I started with Secrets of iRacing and which has grown to include Secrets of GTR2, Secrets of Race 07, Secrets of GT Legends, Secrets of Automobilista, and Secrets of rFactor 2. The “secrets” part is a little dramatic but there are quite a few tips and tricks I think new users will find very valuable and interesting.

Older updates are archived at the bottom under the Updates section.

What is GT Legends?

From the Wikipedia article,

GT Legends is a sports car racing simulator for the PC developed by SimBin Studios (later Sector3 Studios). It is based on the 2005 FIA Historic Racing Championships for GTC and TC cars of the 1960s and 1970s. This is a modern-day championship for historic cars, and so the circuit designs in GT Legends are those of the modern era, contrasting with games such as Grand Prix Legends which are actually set in historic times.

Here’s a taste of the game from the trailer,

In Secrets, I try to focus on the non-obvious or unintuitive so I won’t be covering basics like getting the game, installing it, tweaking graphics or force feedback. You’re probably beyond that yourself so I’ll focus on the hidden and obscure things.

Steam is probably your best bet. Head over to the GT Legends store page and pick up the game. It’s dirt cheap and offers really good band for the buck.

Go ahead, setup your graphics, controls, and force feedback as you like. I don’t have any particular recommendations for the obvious in-game settings just yet. I will assume you’re like me and will play with all this stuff. This post will concern itself with stuff that isn’t immediately obvious.

These are always annoying, here’s how to stop them:

Caution: Antialiasing can decrease performance. Reduce the setting if it slows down the game too much for you.

The default FOV (field of view) shows you a large amount of your cockpit but it’s not realistic and can be a disadvantage in terms of judging speed, distance, and general timing. You will almost certainly be faster with correct FOV because you’ll be better able to judge speed, distance and timing.

The Project Immersion.com FOV calculator is a handy site to calculate your correct FOV from the size of your monitors and how far away you sit. The “vFOV” value it calculates a factor which should applied against the default vFOV value in the steamapps\common\GT Legends\UserData\User\User.PLR (your User.PLR  filename will be different than mine):

For example, ProjectImmersion.com says my vFOV is 0.42x so that means I should change 1.00000 to 0.42000. I’ll probably adjust a little more as I get used to it. You’ll probably want to adjust your value, too.

You’re probably on 900degree+ wheel, like a G27, T300, ClubSport, or modern Direct Drive wheel, so when you get into the GT-style cars it will feel like you’re driving a bus: You’ll feel like you need to turn the wheel more than should be needed to get the car to turn the right amount – This is a wheel rotation and wheel lock setting issue.

It’s probably best to set a 540degree wheel rotation in your steering wheel software’s profile for the game. Then, in-game, the default 15degree wheel lock will feel better, but if it doesn’t try 18-22 degree wheel lock, give or take a few degrees. Somewhere in that range will be a 540degree sweet spot.

Get involved and meet the community! There’s some great people to meet and opportunities to join leagues and to find special mods which are not always available to the general public.

My custom FFB settings at Secrets of GTR2 already feel very good in this game.

Here is my User PLR file. Take this file, open it in an editor, and take the “FFB …” lines and put them into your own RCS file which will be located in steamapps\common\GT Legends\UserData\User\User.PLR (your User.PLR will be different than mine). Start the game and enjoy!

Use the free Bill’s Process Manager to speed up GTR2 by enabling it to use all available cores.

TrackIR is a great step if you’re not yet willing to go to VR, like myself, and the good news is the game supports it out of the box!

Right now, I have my single-screen profile (think older sims like Race 07 and GTR2) set with a flat line at 11degs/deg.

8 thoughts on “Secrets of GT Legends”