A few weeks ago our pastor taught on the Beatitudes, Matthew 5:3-12, and he highlighted something I hadn’t really considered: The verses from 3 to 12 are not simply separate sayings, like little nuggets of wisdom. Instead, they form a whole and each verse builds on the one before. They reveal a pattern for the life of a Christ-follower. 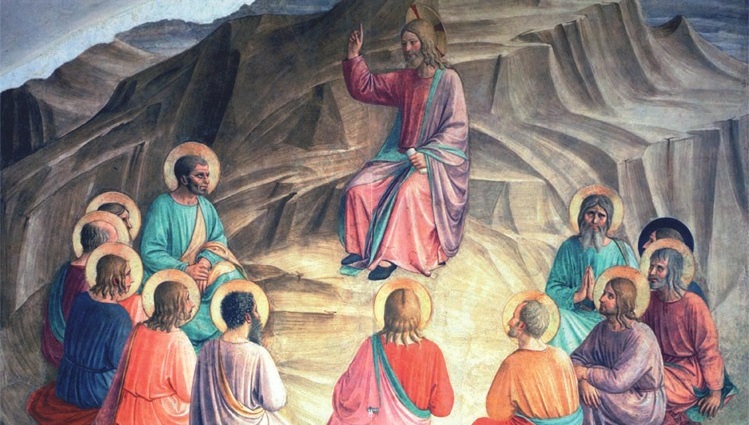 A few weeks ago our pastor taught on the Beatitudes, Matthew 5:3-12, and he highlighted something I hadn’t really considered: The verses from 3 to 12 are not simply separate sayings, like little nuggets of wisdom. They’re not like some parts you might find in Proverbs, superficially a list of individual, wise sayings. Instead, they form a whole and each verse builds on the one before. Have a quick read through with that in mind and we’ll pick up after,

Jesus began to teach them,

“Blessed are you when people insult you, persecute you and falsely say all kinds of evil against you because of me. Rejoice and be glad, because great is your reward in heaven, for in the same way they persecuted the prophets who were before you.

The first thing that struck me was that these people were “blessed.” Blessed?! Blessed… Maybe they were blessed because each ‘bad thing’ was followed up by a comforting thing, like “Blessed are those who mourn, for they will be comforted,” but that’s a little morbid, isn’t?

END_OF_DOCUMENT_TOKEN_TO_BE_REPLACED

I really enjoy this song so I added two verses which I’ve inserted as Verse 2 and 3. You can find the chords at Ultimate-Guitar.com [Note: Link now works.]. Here’s a plain-text version for now.

Here’s the song, including new verses…

END_OF_DOCUMENT_TOKEN_TO_BE_REPLACED

It reminded me, by contrast, of a classic Thousand Foot Krutch song, Supafly…

While the former is a big club anthem hit, the latter is a small, eccentric, awkward, left field entry from a decidedly unmainstream and unhip Christian rock band – but Supafly gets it so right.

A few years ago, at one of our company’s Christmas parties, I was talking with two very pretty young ladies, who were the clubbing type, about their boyfriend woes and being unable to find a good man. I don’t know how wise I was then but I asked them a question, “Where do you find guys?” Clubs, was the answer, and I replied, “Well there’s your problem, what kind of guys are you expecting to find there?” There’s a lot of action at clubs and they’re going to attract most the type that are attracted to action for action’s sake. Somehow the conversation settled on recommendations from friends but, really, what I had in mind the whole time was this: the context of where you are defines the kind of people you’re going to meet.

I believed, and I still do, that the Christian has the foundation to truly love another person because they see them for who they really are – a soul, a spirit, God’s very own creation, His son or daughter.

But back to the songs in question. Listen to the lyrics of each. Titanium speaks of inner strength. Actually, more like an inner hardness – an unwillingness to admit personal hurt even if that’s what it actually is. Supafly, on the other hand, delves into the thoughts and actions of “dogs and cats” and, in what I consider its crowning and inspired insight, exposes the pretense,

To the fact you’re blind, you’re soft inside – that’s it. That’s it.

Supafly’s lyrics contain a reference to Psalms 34 that talks about our condition,

I will extol the Lord at all times; his praise will always be on my lips. My soul will boast in the Lord; let the afflicted hear and rejoice. Glorify the Lord with me; let us exalt his name together. I sought the Lord, and he answered me; he delivered me from all my fears. Those who look to him are radiant; their faces are never covered with shame. This poor man called, and the Lord heard him; he saved him out of all his troubles. The angel of the Lord encamps around those who fear him, and he delivers them.

The eyes of the Lord are on the righteous and his ears are attentive to their cry; the face of the Lord is against those who do evil, to cut off the memory of them from the earth. The righteous cry out, and the Lord hears them; he delivers them from all their troubles. The Lord is close to the brokenhearted and saves those who are crushed in spirit. A righteous man may have many troubles, but the Lord delivers him from them all; he protects all his bones, not one of them will be broken.

We know that refuge is not found within ourselves. We might not know yet where help is, but God, who created Heaven and Earth, and knit you together in the womb, He’s calling to you, saying, “This is the way; walk in it.” (Isaiah 30:21)

Great article over at Creation.com: 101 evidences for a young age of the earth and the universe. Yes, there are actually 101 bullet points of findings that support a young earth or challenge existing beliefs in an old earth!

Check out the inspiring endeavours of Roz Savage, “I’ve done it! After 5 months and 0 days at sea, I am absolutely over the moon to be back on dry land, surrounded by friends and wellwishers – and, of course, my dear mother. I have just become the first woman to row across the “Big Three” oceans of the world – the Atlantic, Pacific, and Indian.”

Check out the inspiring endeavours of Roz Savage,

I’ve done it! After 5 months and 0 days at sea, I am absolutely over the moon to be back on dry land, surrounded by friends and wellwishers – and, of course, my dear mother. I have just become the first woman to row across the “Big Three” oceans of the world – the Atlantic, Pacific, and Indian.

An oddly symmetrical, skull-shaped island off the North-East coast of Canada. Bonus points for finding the guy who looks like he just won something!

An oddly symmetrical, skull-shaped island off the North-East coast of Canada. Bonus points for finding the guy who looks like he just won something! 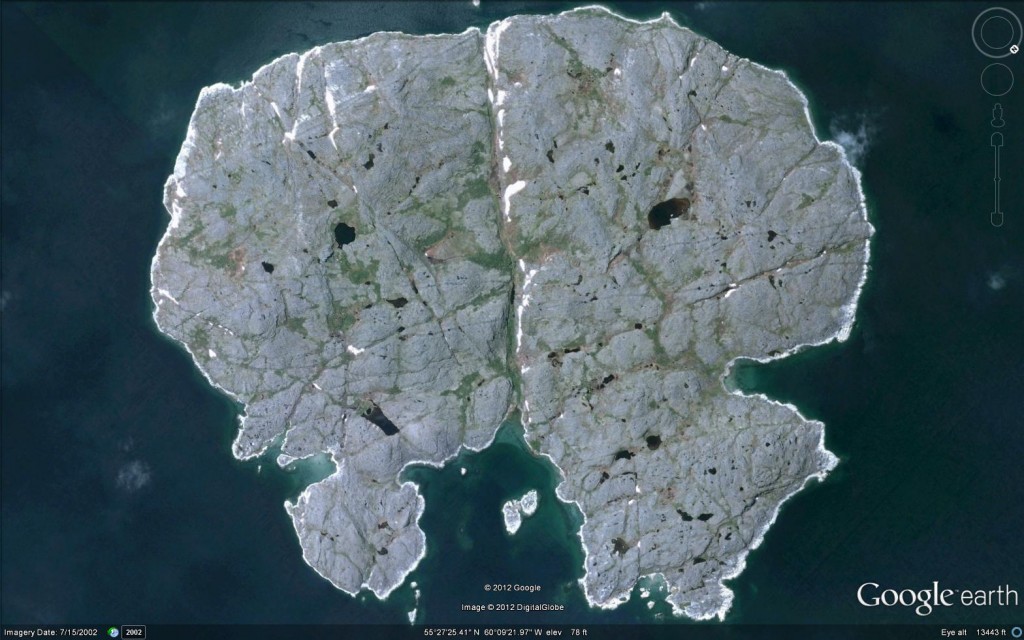 Check this out: A brave new world of fossil fuels on demand. A US company is claiming to be producing “liquid hydrocarbons” from bacteria. Liquid hydrocarbons are what oil companies refine into synthetic crude and then gasoline and other oil-based products. One of the challenges for young earth creationism is the great amount of oil in the ground and that it supposedly takes a significant amount of time to produce the quantities we find. What we see here, however, are bacteria that can produce the stuff we find in the ground and in an economically viable and commercially scalable way. Perhaps here we can see a hint of how fast oil could be produced and this may help us better understand a young earth creation. To paraphrase my brother, keep an eye on the new with your “creation goggles” on and you’ll start to see how the puzzle fits together in agreement with God’s Word.

A brave new world of fossil fuels on demand

Here’s a quick and enlightening read: Six Evidences of a Young Earth

Here’s a quick and enlightening read: Six Evidences of a Young Earth

For more information on creation, some of the best, most well researched and most well written, ares being published by these folks: