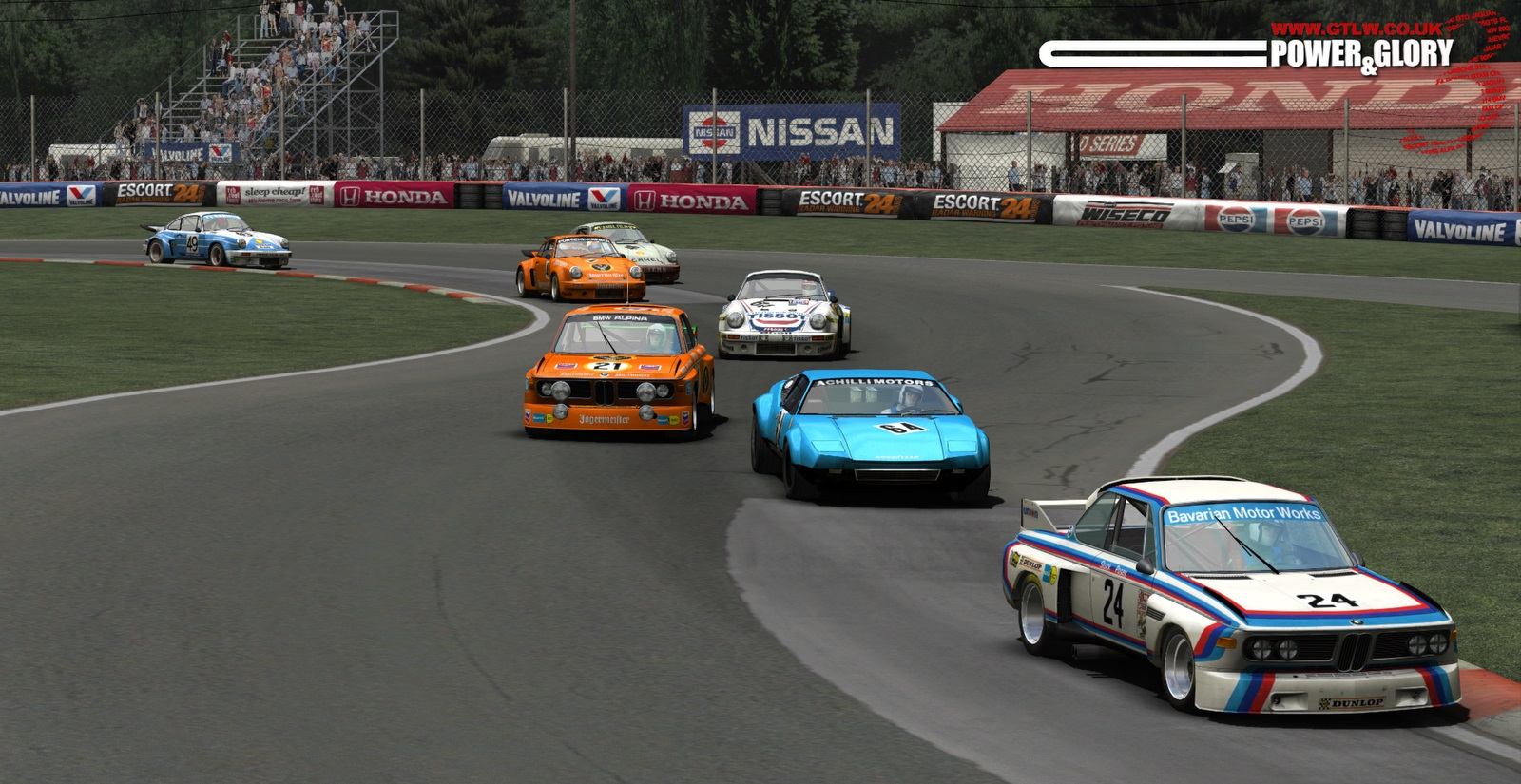 The following is a re-post and re-edit of a post on I made on Race Department, some time ago (June 1, 2019), during the pre-release period of Automobilista 2. This followed on the news that AMS2 would likely not be an openly moddable platform (due to using the Project Cars 2 Madness Engine), as opposed to how AMS1 was openly moddable. There, I brainstormed some ideas that I think are still valuable to this day and encouraged devs to get creative and help maintain a healthy modding scene. Here, I clean up the writing and present it, again, to raise awareness and to keep it for posterity.

I wish the discussion would go deeper than this simple moddable vs not moddable binary choice. There are options that keep modding on the table.

Reiza was creative when they crowdfunded AMS and very generous up to this day. I have no complaints with them. So why can’t we repeat that magic. Let’s get creative again.

Who is this for?

This is really for the devs, perhaps the publishers, and maybe for other simmers, to encourage us all to support open moddable platforms by showing you their benefits, and showing you the drawbacks and consequences of closed sims. By supporting modding, we help grow a healthy, vibrant sim community that brings more value to users and more reach and profit to devs and publishers.

Why should I care?

Mods unlock vast potential on both the business side and the customer side.

On the business side, the shelf-life and therefore sale-life of your product is extended by a significant amount. Consider Codemaster’s yearly release F1 games which might have a shelf-life of 1-2 years after which it’s not worth supporting anymore and customer goodwill for that particular product has dried up. In contrast, consider Assetto Corsa, an openly moddable sim, with a shelf-life of 5+ years, and showing no signs of stopping, growing customer goodwill, and a continuing healthy sale-life. Furthermore, a longer contented customer may be more willing to pay for first-party DLC.

On the customer side, there is greater content volume, extending the enjoyment life of the game, and content is produced and updated for longer, resolving worries about a game at a deadend. Additionally, customers traditionally not served by modern products (think vintage racing series) now have the possibility and access to options to acquire content that the dev or publisher would never think of producing. Customers also receive a warmer and more active community to get involved with which leads back to more engagement and more enjoyment out of the game.

Ask yourself, are you ok with your sim dying within a few years, having limited content, no support, and no possibility of extensions or addon content? Or would you like to see your sim going from strength to strength 5 years from now? And, in some cases like GTR2 or Grand Prix Legends, going 10 years, even 20 years, still selling, and users still enjoying the game and its community?

The whole is greater than the sum of the parts.

Lock-down first party content to satisfy the needs of devs and publishers.

Let’s be honest. Nobody, not you, not me, would like to have our hard-earned work taken by others for free, as soon as released, and used for other means where we’re not compensated.  That’s the problem with openly moddable platforms from the perspective of the creators.

So, let’s lock-down first-party content. For example, cars and tracks. But locking down some content doesn’t mean all content needs to be locked-down. There’s no technical reason you couldn’t optionally lock-down some content and not others.

This isn’t complicated. Locked-down content is generally accomplished by encrypting assets and encryption, simply put, just requires a password to unlock. That means you either (1) provide a mechanism that allows content to be conditionally encrypted or (2) encrypt all content but allow the content to self-provide the password. The second option is preferable to devs because it simplifies the packaging process to only one option instead of two (ie. it’s all encrypted, not just some). This is not new or strange. It can all be accomplished through existing, simple means.

Another concern from devs and publishers is that addon content, generally created for free, has a lower bar of quality.

No problem. Simply use a slick, modern interface, such as Project Cars 2, Assetto Corsa Competizione, and Automobilista 2 already present and use for marketing, and basically advertise first-party content to your users.

Studio 397’s Sebring track, for rFactor 2, is generally considered the best version of the track available in any sim, at the moment. Even though VLM Sebring is available for free, many feel the DLC is worth the price for its production values.

Display Pay DLC, a significant revenue stream for devs and publishers, inside the game, to make it clear and obvious (big and bold), and make it easy to purchase.

We all know, especially in sims, that DLC has become a significant revenue stream for devs. Think iRacing, RaceRoom Racing Experience, everybody’s getting in on the game. So, get creative, and focus on putting that out there in front of your potential customers, right where they play the game, inside the game.

Just like highlighting first-party content, use the modern tile-based interfaces, found in Project Cars 2 and the like, and make sure users see first and foremost, in a visual and pleasing way, that they can click and easily purchase DLC.

Sector 3 Studios’ Race Room Racing Experience does this although it could be less clunky. And that’s where it could be better. Make DLC access and purchasing a first-class UX citizen in the your game.

But don’t make it annoying and like advertising. Just make it part of the main screen user interface, clean, and elegant. Put it where it makes sense, the main screen, or car and track selection screens. Avoid roadblock paths for this usage.

Separating cars and tracks with simple Original or Addon headings will help focus and funnel users to first-party content and DLC.

It also avoids the psychological “overwhelmed by choices” phenomena that occurs when users have so many options they feel it’s more difficult to make a choice.

Get creative with crowdfunds and use them to generate  interest and commitment to new, undeveloped DLC, with the possibility of different crowdfund formats with different outcomes.

Consider the following format with different benefits for devs/publishers and users:

You could pre-commit to developing and take whatever money comes in. This is basically the existing model.

Additionally, you could choose to keep the DLC locked or unlocked.

Use crowdfunding to bring updates to older first-party content.

Devs are generous when they update content but it’s usually more because they have to in order to keep up rather than feeling energized because there’s profit motive behind it. That’s where crowdfunding can help.

Use crowdfunds to raise the money you need, use it to gauge interest in content updates, use it to set higher and higher goals for how deep the update will be.

Add an extra revenue stream by building out a marketplace for the modding scene, linking that in-game as discussed earlier. Extra revenue is generated by taking a cut of purchases. The rest of the money goes to the modders.

Modding has come a long way and some mods are worthy of purchase rather than simply distributing freely.

Build a marketplace to maintain and grow the modding scene.

You are increasing the value of your sim by by enabling modders and allowing for more content to be available through addon content.

It’s About A Better Sim World For All

The goal here is to achieve a win-win for everybody involved and get past this moddable/not-moddable false dichotomy.

Mods increase engagement far, far beyond the typical shelf-life of a new game, even if the underlying engine is a generation or two behind (GTR2, AMS, AC, etc.). And mods help build a community that grows and sticks around.

If ACC were to stay as-is, barring DLC, and remaining unmoddable, how long will it last? Maybe as long an F1 title? Sure I might buy F1 2017 still on sale for $5 but really how many people is that? So 2-3 years, say, on original content. Perhaps with DLC a little more. But how long until Kunos gets bored and wants to move on? You’re then stuck with a game that can’t be changed.

With AC, though, you’ve got a title going from strength to strength and still very much worth buying, with a great buzzing community, 5 years later, with no signs of letting up any time soon.

And on the extreme, you can have titles like GTR2/GT Legends/Race 07/Grand Prix Legends and all those old titles that require little to no maintenance and they’re still worth playing to this day…after 10-12 years and there’s no reason that should change, although granted it will diminish over time. Still, to go from 2-3 years, to 5 with modding, to possibly 10-12+. There’s money to be made there.

I submit that is in the interest of devs and publishers and users to encourage the modding scene and create more value for all parties than simply the sum of the parts.