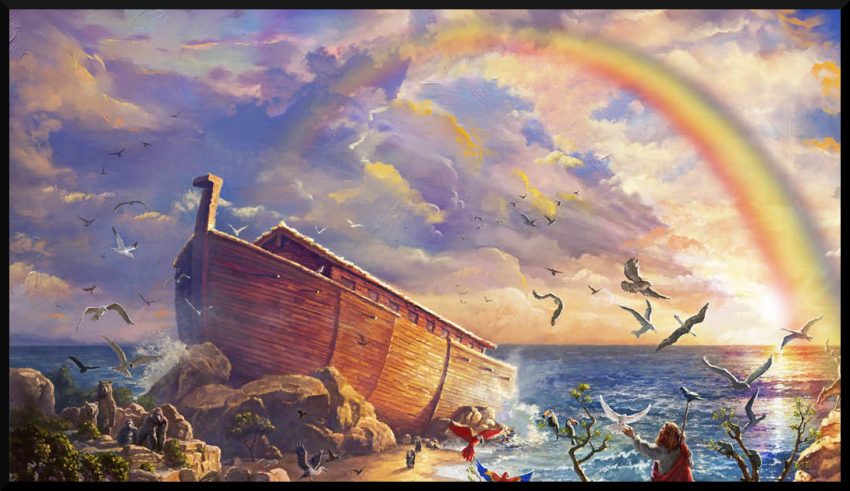 When all is said and done, Pride events are a celebration of sin.

Pride Week Toronto is an annual event in Toronto (Ontario, Canada) celebrating the lesbian-gay-bisexual-transgender community in the Greater Toronto Area. Over the past decade, this event has become huge. It is one of the largest such events in the world. More and more, it is becoming very accepted, very common-place, and has become an event which people of all groups, even if they don’t identify with the Pride groups, will go to celebrate at events. Such a celebration, however, can not be joined by a Christian for one very simple reason: When all is said and done, Pride Toronto is an event celebrating sin.

In one of the greatest ironies in human history, even the Pride Rainbow was a symbol used by God after Noah’s Flood, a flood which destroyed the entire world because it was so sinful. The use of the God’s rainbow in a celebration of immorality must be one of the most arrogant and hubristic things mankind has ever done.

Speaking to a Christian about Pride Toronto, it would be just as absurd to ask him if he’ll be going down to the Stealing Parade or the Adultery Parade or the Murdering Parade or the Idolatry Parade. I get that this can sound insulting to a member of a group Pride represents but the comparison and analogy does help to help explain a Christian’s stance. It is not the severity of the action, instead it’s that the action is an affront to Holy (sacred) God. It would be completely contradictory and nonsensical for a Christian to support the celebration of sin.

Why can’t a Christian support it? The bible plainly and repeatedly calls it a sin. The bible verse many trot out first is “You shall not lie with a male as with a woman; it is an abomination.” (Lev 18:22) This has been used so much, and admittedly is inflammatory in our culture, that many dismiss it because they believe the rest of the bible speaks to God’s love and grace as if that mooted the earlier command. God’s love and grace are indeed great! But they are balanced by His Holiness (separate, sacred) and His Justice. The bible speaks more on homosexuality in both the Old and New Testaments (see Cross References on this page for more).

For some other reading on the topic, see the wikipedia article on “The Bible and homosexuality“. From a Christian perspective, see Got Questions.org’s How should Christians respond to Pride Month?

The problem today is that the majority of people now accept the Pride Toronto event as not just “healthy” for that community but also as an event in which they can join in, celebrate and participate in. It is as if the event has lost all sense of immorality about the act,  which no doubt it has with non-Christians as they don’t have any absolute moral rule-set to to guide their behaviour.

I hope this post has helped shed some light on why Christians cannot support an event like Pride. While I know a post like this can cause hurt, I hope you can read this in the way I intended it: A sensitive explanation of the truth of Christian perspective on this particular issue.