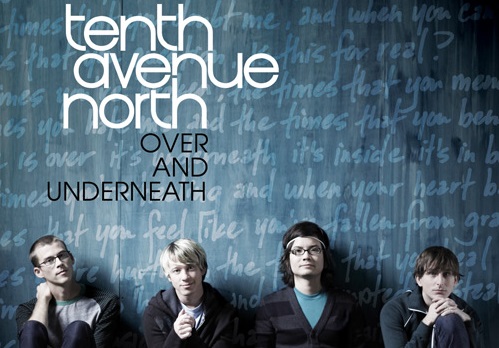 Ever since I made a concerted effort to explore the Christian music scene, and discover the “good music” that I knew was out there, I’ve been aware of the controversy of Christian love songs. Controversy? Yes, in between the awkward attempts and lame lyrics, there were a number of good sounding attempts (for their time), but I found, like many, they played on sophomoric sleight of hand with ‘God is my girlfriend’ lyrics. There are Christian songs that appear to easily swap out “Jesus” for “girl”, and vice versa, without harming the content in anyway. And if the lyrics stand on their own, some are so ambiguous as to cast doubt on who exactly is the subject of the love. Astoundingly, for a faith that holds love as the highest ethic and motive, there are woefully few good Christian love songs. Now, however, I think I’ve found a truly exemplary one: And, if you’re reading a blog like this, I’m sure you’ve heard it and probably already love it, too.

Let’s start with a few ‘honourable’ (*cough*) mentions. Dakota Motor Co.’s Love Runs Home and Friends in My Eyes (ambiguous), Stryper’s Lady and Honestly (cheesy, shallow), Michael W. Smith’s Friends are Friends Forever (abused/misused), BarlowGirl’s Beautiful Ending (abused/misused), Rachael Lampa’s All We Need (abused/misused), Rebecca St. James’ The Power of Your Love (abused/misused), Tenth Avenue North’s By Your Side (abused/misused), Third Day’s Gomer’s Theme (beautiful but uh not what you think it is – although it gets close to the heart of the matter), Tree63’s How did I sleep? (wow…no youtube video; misused – albeit brilliant song). I’m sure there are many more.

For many years now, I’ve had this distinct recognition of the sheer emotional force and power of the language that God uses to express His love to His people Israel and, by spiritual extension, us Christian’s as well. Having read the bible front to back a few times now, one can’t miss the incredibly strong, emotional, even heart-rending descriptions and imagery God chooses to portray how He loves us. One of the most powerful, and even astonishing, pictures God chooses is the picture of marriage, God the husband and His people the Bride. “True”, you might say, “but how does that relate to Christian love songs meant for couples?” It’s actually so good in such a profound way…

Which came first to us? The image of God as husband to His Bride or human marriage? Human marriage, in the Garden of Eden, “That is why a man leaves his father and mother and is united to his wife, and they become one flesh.” (Genesis 2:24) Did God just condescend to use a human institution as the picture of how He relates to His people? Sort of / Sort of not. He made the human institution of marriage. On the other hand, what kind of humility must an omnipotent being have, who has absolutely no need of us (“what is man that you are mindful of him, and the son of man that you care for him?” Psalms 8:4), that he would express how He relates and wants to relate to us by a thing we think of as distinctly human? If God’s creation of marriage isn’t enough honour and validation for us to revere it in our own relationships (and to sing about it!), then His actual use of it in relation to us should surely confirm for us how important marriage really is – in the earthly realm because He created it and in the heavenly realm because He used it.

When Paul was giving instructions for Christian families, he said “Husbands, love your wives, just as Christ loved the church and gave himself up for her to make her holy, cleansing her by the washing with water through the word,” and then confirmed the intent of Christ’s actions, “to present her to himself as a radiant church, without stain or wrinkle or any other blemish, but holy and blameless.” (Ephesians 5:25-27) Paul here reiterates what God has been saying all along. God relates to His people as a Bridegroom to His Bride, and He is presenting Her to Himself, perfect, by the life, death and resurrection of Jesus Christ.

God created and then elevated marriage in contra-distinction to all other human institutions. He did not downplay the human institution to up-play the spiritual institution. Furthermore, through Paul, He made clear the human relationship is a ‘kind’ of the heavenly relationship. Human marriage, human love, is a good and noble thing, “Marriage should be honored by all, and the marriage bed kept pure, for God will judge the adulterer and all the sexually immoral.” (Hebrews 13:4)

So, because human marriage is a kind of the spiritual marriage God has in mind, marriage is then the human representation of a greater spiritual reality. Focusing in on an examining and enjoying and praising human marriage, understood rightly, should focus our attention and honour and praise upon God who created it from the beginning!

With this understanding of the language and types God uses to express his relationship with us, I can confidently propose Tenth Avenue North’s Beloved as it hits the mark dead center, in lyrical allusions, metaphors and symbols, by nailing God’s own central imagery and, by biblical revelation, allows us to say God’s words to each other without watering them down one bit

For much more on the the marriage imagery God uses in the bible, I recommend the book The Love Language of God by James W. Sheets. I’m not finished the book yet but so far it’s highlighting all the passages I’m been hinting at in an orderly way that more fully reveals just how deep this goes in scripture.

I’d love to hear your thoughts on songs I may not have heard yet that you feel are legitimate contenders for good Christian love songs. I mean, really, Christian marriage dances need some good tunes! :) Please comment!

PS. Okay, while going through my music collection I actually did find a few other legitimate examples of good romantic/love songs (if not Christian in content then from ‘Christian bands’), so real honourable mentions: Sanctus Real’s Alone, Mark Schultz’ Walking Her Home, Beckah Shae’s Worth Waiting For, Brave Saint Saturn’s Anastasia and Moon Burns Bright. I love these, but I maintain they don’t hold a candle to the profound nature of the content of Beloved.

Update 2013-12-09 (1): After sharing this post on Facebook, my sister asked “If you’re going for both a divine and human marriage application, how does the part about “Death shall not part us” fit in? Obviously it’s true about our relationship with God, but what about marriage?” Here is my response:

Yeah about the lyrics, I know what you’re saying (no marriage in heaven, and in general some of the lyrics clearly apply to Israel/us but don’t apply so neatly/nicely between people). I view the lyrics as true in two different ways. If God takes a concept from human marriage and calls Himself husband, is that really true? It’s not true in the human way we usually think about it, but it’s clear it is true when looking at the qualities and characteristics of a husband He displays in His relationship with His people. In the same kind of way, it’s not true human marriage will exist in heaven, but it is true Christian marriage couples (biblical marriages) will not be parted in Heaven – they’ll both be there. So we can say “Death shall not part us” as truthfully as God does.

I’ll say I don’t see the need for *all* the lyrics to make perfect sense in both contexts. It’s actually part of the greater appeal of some biblical language that it can first hit viscerally and then hit spiritually.

Some of the lyrics are even questionable at one level: “*My* Love it unites us.” Mine? Really? Scripture seems to be hinting at something here. I can’t adequately describe it but it may in fact be very true with the way God has designed human love. Then there’s the vague/ambiguous “I’m the Giver of life / I’ll clothe you in white.” Is the Man the giver of life? Does he clothe his bride in white? There are some intriguing ways you can take that lend it some truth. And an outright falsehood in “It’s you I died for?” I think in a God-centered, biblical marriage, ’til death do us part’ really is saying whatever life each person has left is devoted to the other. They really did give their life for the other (this just made me think of play on ‘dying you shall die’ –> ‘dying I’ll die for you’). And then there’s the nearly insulting, “You’ve been a mistress, My wife / You’re chasing lovers that won’t satisfy.” Either person in the relationship could say this of themselves. Nobody is perfect in their human commitment. And all this is to see how God relates to us and can be understood in another way as the picture He set up for us of our own relationships. It’s a brilliant, multi-layered, interweaving design showing us and helping us relate to God’s love and plan for us.