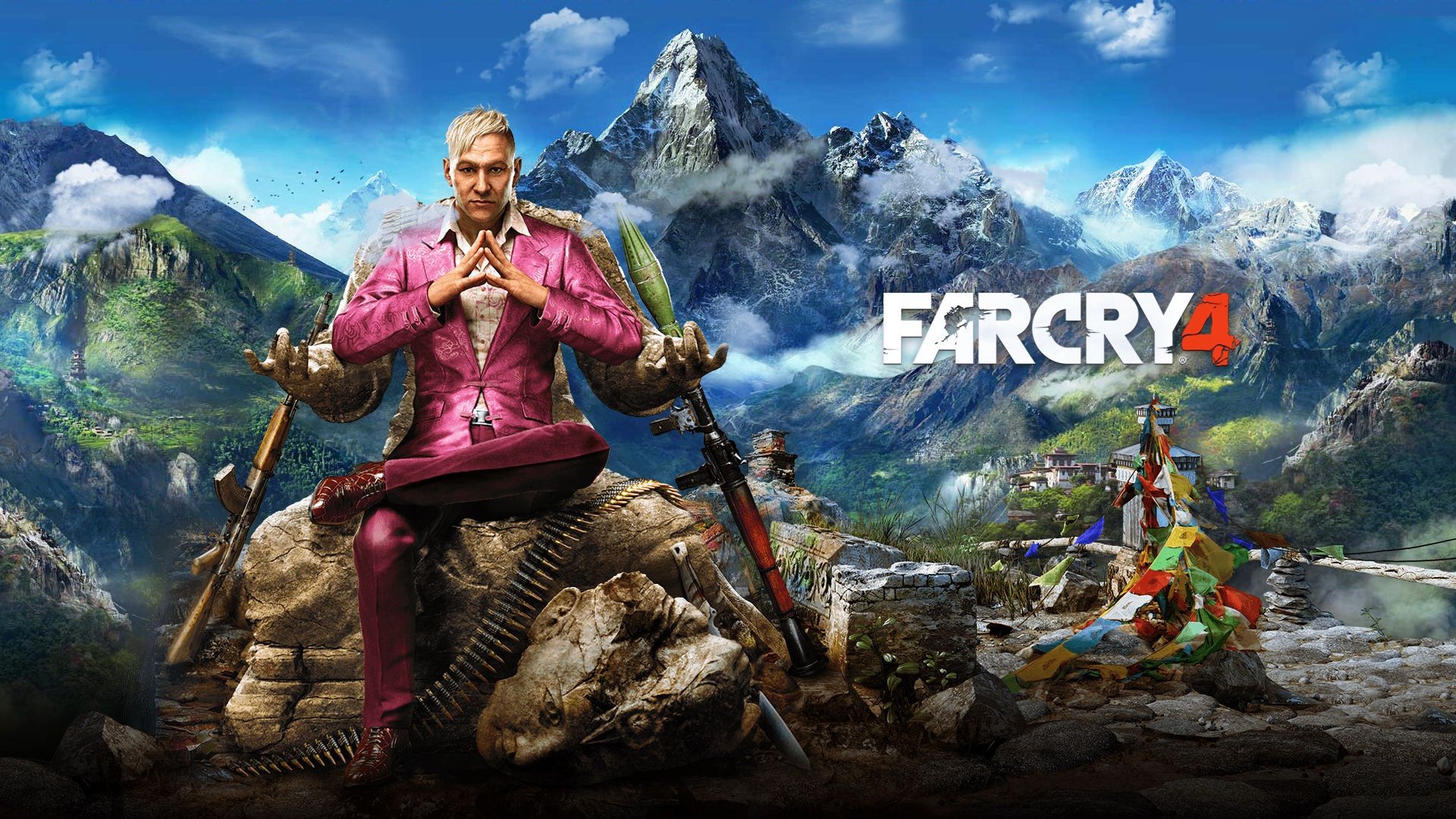 Update 2016-04-23: If you’re looking for your Far Cry 4 fix after Far Cry 4 Enhanced stopped working with version 1.10 then you’re in luck! Far Cry 4 Open World Mod, as far as I can tell, has almost everything good about Enhanced except increased difficulty. I really, really wish it did have that but pickers can’t be choosers. At least it comes with an additional version that removes some helper things like seeing enemies through walls, seeing enemies on the minimap, and removing laser beams from sniper rifles. Since Enhanced no longer works, Open World Mod is the next best thing!

Update 2015-09-05: I’ve been thinking about replaying Far Cry 4 lately after having finished the game a few weeks ago. The world is just so rich and beautiful that I wish I could go back in and experience it all over again, but I feel that I’ve already seen and done the vast majority of it. I googled around for replaying and came across some decent posts, like 5 Cool Things to do After Beating Far Cry 4 and Looking back: why it’s time to return to Far Cry 2. The second article is an interesting comparison against Far Cry 2 and where the author feels we’re really lacking with 3 and 4. I tend to agree. FC2 had its problems but it got some of the more important things right. By the way, I still absolutely recommend Far Cry 4 Enhanced, a great modification allows you to play the game at a much more visceral level to get the most out of the experience. If you’ve played through Far Cry 4 once without this mod you’ll have a great time playing through again with the mod.

I’ve just finished Far Cry 4 and, I have to say, while Ubisoft has done a lot to hurt its reputation in the past few years, the Far Cry series are consistent better-than-expected entries in their portfolio. I’ll say here and now that Far Cry 2, 3, and 4 are the best exploration games you can play these days. 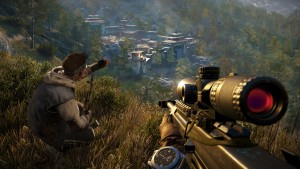 While games like Skyrim or Witcher offer massive worlds, they tend to have that RPG-style, clunky, tick-tock-based combat that really brakes the fluidity of the game. It’s a pleasure to play in a massive world like Far Cry offers with all the fluidity of a real-time FPS.

The flow of the game mechanics is what enables the open world to offer a simply beautiful, free-flowing exploration of a world filled with many little interesting tid-bits, back-stories, locations, vistas, combat, and more.

Sherpa Tip: Explore all the beauty, diversity and mystery the land has to offer by traveling by foot! You’ll collect letters, artifacts, journals, and discover new locations with interesting history as you travel the country on foot. It will also help you find more money and more plants for leafs. Enjoy the amazing creation Ubisoft artists have delivered! 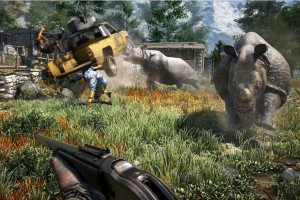 Far Cry 4 surprisingly includes many options in the stock game to disable prompts, animations, or certain features that can take away from the immersion of the game. On-screen elements like mini-map can be disabled. Prompts that occur whenever you might need help doing something can be disabled. Helps like tagging enemies, so you can track their movements through walls, etc., can be disabled (because who can do that in real life??). This all goes a hugely long way to creating a more immersive experience than we were able to in stock Far Cary 3.

But, unfortunately, their options don’t go far enough. Weapons are too powerful, enemies too weak, you easily acquire too much money, too early, so much so that you can buy everything in the game before it’s half over.

That’s where the mod Far Cry 4 Enhanced comes in. Check out the big list of changes. It balances a tonne of things, changes a lot of things, and really makes it a brilliant, visceral experience.

Note! At the time of writing, the latest Steam version of Far Cry 4 requires the 0.19 beta version of the mod! Without this the very first shop in the game crashed the whole game for me.

Far Cry 3 was the game that made me upgrade to Nvidia 660 GTX SLI just to experience it in full detail. It’s a beautiful world and a joy to play in. I upgraded to Nvidia 970 GTX SLI for iRacing but it really helps in Far Cry 4. 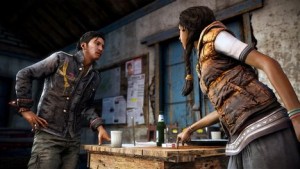 Far Cry 3 was known to have a poor, poor story and writing. Far Cry 4 does better, to begin with, but what really separates it’s story telling are the side-stories, like the lost letters, Mohan’s journal, and particularly the Shangri-la episodes.

But, then things go south. The choices you make between Amita and Sabal do not provide enough information to make a real decision. The choices are completely binary, allowing for no half-way measures. There’s no C option to Amita’s A and Sabal’s B option, like, for example, being able to send a party to help Amita’s cause while you go on Sabal’s mission, or vice versa.

I could not put myself into the game for these forced decisions and so the story, which really needs you to ‘get into’ the experience, breaks down and just doesn’t work in the end.

I always find that, after playing through such an incredible constructed world, I find the world quite dead and as if there were nothing new to discover. It’s been a few weeks since I beat FC4 and while I would love to get back into the world I always have the feeling that I’ve done everything already and it wouldn’t be that much fun to get back into it. I really don’t know how games are expected to accomplish replayability (besides multiplayer which is great for a different way to play the game but I don’t count as replayability). We’re always looking for something new as humans. We crave novelty. “Familiarity breeds contempt while rarity wins admiration.”

If you’ve played through FC4 without any modifications than first consider if you’ve completed all of the side-quests and collection quests as mentioned here: 5 Cool Things to do After Beating Far Cry 4. After that, try out Far Cry 4 Enhanced, a realism/hardcore/immersion modification that removes a lot of the bells and whistles in the game that can take you out of the experience. After having tried Ziggy’s Mod in Far Cry 3 I’ll never go back to a stock Far Cry experience again. It’s just such an improved experience, something like a survival or warfare simulator rather than an arcade-ish, video game experience.

Ubisoft writers are known to be a little meta in the story lines, especially with Far Cry 3 and now Far Cry 4. Their stories are more about speaking about you, the gamer, rather than the character, and letting that reflect on the person playing the game. It’s clumsy and heavy-handed. The standard ending, killing the antagonist, is a simple ending. You never fulfill your mother’s wishes, which was your original plan when coming to Kyrat. The story attempts to label you a lunatic and murderous killer because you fought your way to Pagan in order to kill him. The writers seem to say you could’ve either taken the non-violent route (talked to Pagan at the very beginning) or taken the violent route which brings you to killing Pagan. The problem is, like the whole story and choices during the game, it’s so binary, so black and white, so forced, it doesn’t achieve its goal of revealing something about you, the gamer. It wants to claim something material but hasn’t substantiated the weight of evidence needed for that claim, and that’s due to the decision system and the way the story plays out because of that. 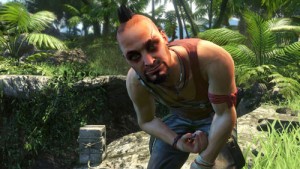 So they say to me, they say Vaas, Vaas, who the FUCK is it going to be? THEM or ME, ME or THEM? Like, like you know, like they fucking think that i need to make a fucking choice. -Vaas, Far Cry 3

Choices are broken in Far Cry 4 and that’s why the story really doesn’t work. It’s the same with Far Cry 3. In Far Cry 3, choices are deliberately broken; you’re taken here, you’re taken there, as far as mission stories go, and boss fights are simplistic, press A or B timed events. Far Cry 4 attempts to fix the choice system but falls because, as mentioned, the choices are so binary that you can’t own them. You know no real life scenario would go down like that. If it were real life, and not just a game, I would not make either choice A or B. I would either say, nope, not doing it, or maybe get it together, Amita and Sabal, and come up with something that works for you both, or even I’m going to do my own thing and we’ll see how that works out.

In the end, the story, as it provides a covering for the game, just doesn’t stick the landing, like say a Sands of Time, or a Bioshock Infinite. The foundations of the game, the combat mechanics, the landscape, the artistry, the vistas, the locations, the history, the mini-stories, even the people, in and of themselves, they do work amazingly well.

But! The Far Cry series excels at one thing above any other game I’ve played or heard of: Exploration. With the helps of mods, it also excels at immersion. Far Cry 4 is not worth the launch price of $60 or more but it is worth about $20-$30 just because the game mechanics, location, artistry and beauty of the location work so well together.

Ubisoft fixed a lot of Far Cry 3 problems this time around, let’s hope they fix the remaining issues in Far Cry 4 for the next round! I’ll be looking forward to the masters of exploration, Ubisoft and their Far Cry series.