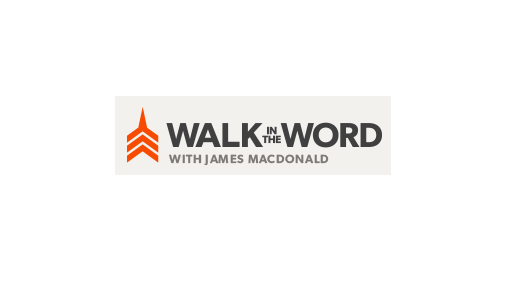 James MacDonald, of Walk in the Word, interrupted his usual preaching series to spend the past two weeks on a study of current events and the prophecies of the bible concerning the last days. With all that’s gone on this year, the Oregon community college mass shooting, Russia in Syria, ISIS torturing and executing Christians and others, the Ebola outbreak of 2014 which is still ongoing in some countries in West Africa, famine and drought in Ethiopia, earthquakes in Chile and all around the world, and wars and conflict around the world, and every tragic, sorry we hear on the nightly news–this was a very timely series to remind Christians we should not only be living in view of a a good Christian life but also in view of the time we have left.

The important thing to remember about doom’s day predictions is not that it’s supposed to happen on a given day, but that it’s going to happen any day, at any moment. Live then as if you were out of time and up for account, so that in any day, in any moment, you have encouraged yourself to “produce fruit in keeping with repentance.” -mjg/12

For God so loved the world that he gave his one and only Son, that whoever believes in him shall not perish but have eternal life. John 3:16

A poem I submitted to a college poetry 101 class in place of the final essay and, I’m rather proud to say, was a risk that paid off quite well for me:

Thus far
Or
What We’ve Learned This Semester

What we’ve learned this semester
Is first diction, and its poetic gesture.
Alongside syntax we are replete,
As in each poem it resides complete.

Thus far we know abundant true,
It is not in contrast we are to rue.
Rather like comparison and its fine detail,
Wherein its use the poet can not fail.

How then suppose you like a spring pool we ebb,
While imagery sticks as a fly in the web.
Simplistic and admitted, this verse to you will speak,
But we see simile like the smell of dung will reek.

Surprise! This stanza begins with a punctual break
But shock all the more for metaphor’s sake.
If we would pursue metaphor’s life,
Line after line, then conceit be rife;

But more eloquent may be if Helen’s face ever more,
Didn’t see the day allusion placed her frown in store.
Symbols still rise up from the words and much alike
Imagery is restored
Rhyme is abhorred
Form is adored
And enjambment and rhythm take a hike.

Still sweeter still is assonance’s strict stride
But bumpy is the blow when alliteration it can not abide.
And there is more to be sure in the aural profession
When flow of the cadence is put set in compression.

My mother past away last month and since then we’ve had a number of occasions to reflect on her passion for creation – the literal intepretation of the Book of Genesis as it relates the six-day creation of the heavens and the earth.

My mother past away last month and since then we’ve had a number of occasions to reflect on her passion for creation – the literal intepretation of the Book of Genesis as it relates to the six-day creation of the heavens and the earth.

All her stuff in the basement which she’d gather together to put on exhibits at churches or in classes. At her funeral where we setup these things so that visitors could know about her passion. And a creation seminar weekend at Cannington Baptist Church where gifted speaker Calvin Smith taught us many fascinating truths of science regarding the history of the earth. The weekend was lovingly dedicated to Donna in light of her passion for creation. We wholeheartedly thank them for their thoughtfulness and kindness towards us.

Because of all this exposure, though, I’ve really been hit a number of times just how serious it is for believers to doubt the creation account in Genesis. Doubt and skepticism are healthy but only when they lead to uncovering the truth.

Each creation organization that I’m aware of has the same reason for doing what they do: They believe that to contradict Genesis, being the inspired Word of God, is to erode the very foundation of the totality of the faith. Creation Ministries International, for example, entitle their writing on this issue “Genesis—the seedbed of all Christian doctrine.”

But there are answers. Answers In Genesis is another organization dedicated to teaching the truths of the creation account. Their article regarding the need for teaching creation is entitled “Creation: Why it matters.”

Creation absolutely matters. God has Genesis right. He really did create the heavens and the earth in six days. If he said so and he really didn’t, then what else is really true in the bible? Your entire faith’s foundation begins at Genesis 1:1:

In the beginning God created the heavens and the earth.